Last night after the close Noodles (NASDAQ: NDLS) reported a weak 3rd Quarter sending the stock down at the open this morning 5%.

Equities Research Summer Newsletter Short Picks are all down significantly over the 4 months since the picks were made, while the Standard and Poors 500 Index remains flat.

Next up will be Titan Machinery reporting 3rd Quarter financials either the last week of November or early December. Unlike Noodles and Under Armour, which are just over valued stocks with weakening fundamentals,  Titan Machinery may find themselves out of business soon unless they are able to raise capital.


Posted by Equities Research at 10:05 AM No comments:

Under Armour Stock Down 36%

Check out this chart from StockCharts.com for UA 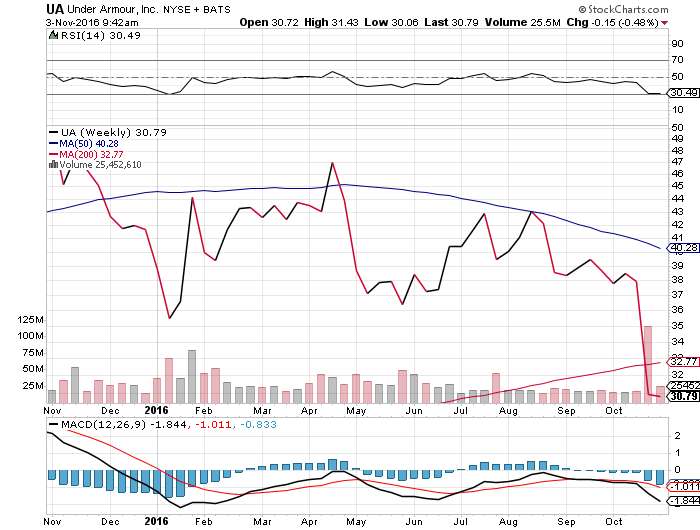 The company filed their 3rd quarter 10Q with the Securities and Exchange Commission yesterday. 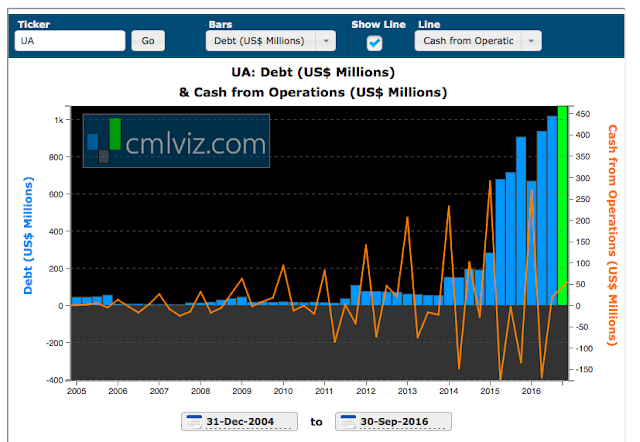 Below is the performance of the October Put Options from Monday the 24th to Friday October 28th. 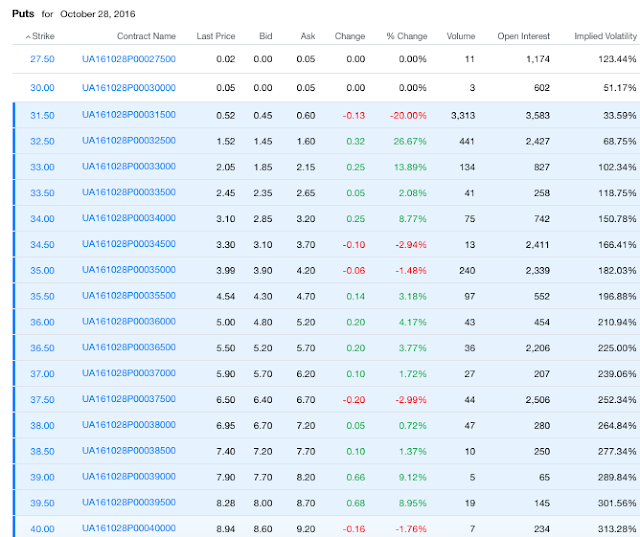 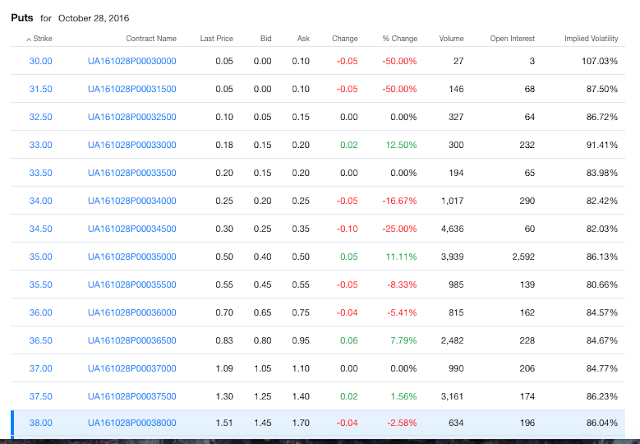 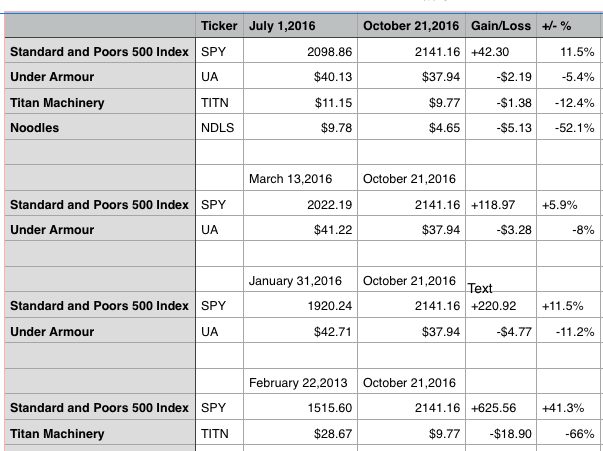 Posted by Equities Research at 10:09 AM No comments: